What? No TNC on Left Turns? 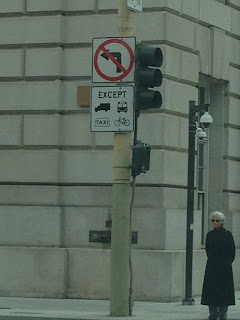 The city of San Francisco expects 37,000 TNC drivers to pay $91 annually for a business license. This list of TNC operators probably include many drivers who don't perform services in San Francisco.

The City Treasurer doesn't care to verify these facts before having his secretary/team send out compliance letters. He refuses to share how he got a hold of this list of Uber drivers and Lyft drivers.

Are TNC a taxi service or not? If TNC must comply with San Francisco, they deserve to make left turns. Prohibiting left turns block ridesharing drivers from giving quality ride services. It increases the cost of trips, decreases driver earnings, and causes traffic congestion.