Taxis once took advantage of the transportation market 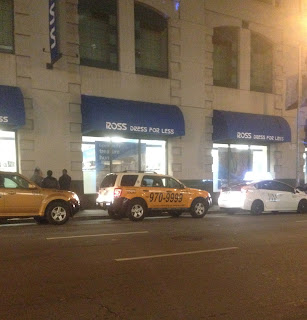 We often hear taxi drivers whine and complain about Uber and Lyft. If you want to know the real truth, ask any person why taxi drivers deserve their fate. Of course, not all taxi drivers deserve criticism. Sure, there are some good taxi drivers on the road right now. However, a significant number of taxi drivers have taken advantage of their past taxi monopoly through picking and choosing rides based on destinations.

Should we feel sorry for taxi drivers? How many San Francisco riders experienced negative encounters with taxi/cab drivers before ridesharing services entered the equation? There are many negative experiences to share, some which concern us more than others. When we see taxi drivers protest, they rarely share their role in undermining the transportation industry.

Several ridesharing users shared their past experiences riding in taxi cabs. It is unfortunate that taxi drivers act immature and unprofessional toward their passengers. They've treated many riders poorly, reminding us what a relief it is to have Uber and Lyft available at the push of a virtual button. Ridesharing services feature the best communication options that keep riders in the loop.

On the flip side, taxi drivers mostly choose to remain silent while driving their passengers. Taxi drivers won't call their passengers upon arrival to notify them. However, taxi drivers will be quick to start the meter on the way to a pickup address. Unfortunately, the taxi industry is all about making money rather than delivering the best customer service.

One rider reported that a taxi driver refused to take him home in the Sunset District. This taxi driver dumped him off in the Tenderloin District, which resulted in him getting mugged, beaten up and put in the hospital. He complained that taxi drivers would request him to exit the vehicle, claiming the fare out to the Sunset District was not financially feasible.

A female rider shared that a taxi driver refused to drive her home. They left her in the darkest section of the Tenderloin around 2am. After repeated rejections, she vowed to never use a taxi again. She stayed true to her word, increasing her UberPool usage to travel back and forth between the Sunset and downtown San Francisco.

Another former taxi rider claimed the taxi industry represented a seller's market. According to him, this means that taxi drivers could treat passengers poorly since demand outweighed supply. In the past, a large percentage of riders couldn't secure a taxi and the lucky few passengers would have to wait one to two hours to get a cab. Imagine standing outside in-between a large crowd, trying your best to flag down a cab under extreme conditions. For the most part, you weren't guaranteed to score a cab ride home.

Given this information, we now know that finding a taxi in San Francisco would require riders to be proactive and persistent. Some riders joked that their arms would go numb after hours of hailing cabs. If they snooze, they lose a ride. It took strategy to eventually get a ride home.

Whatever happened to customer service? An unmanned vehicle would show more respect than these rude taxi drivers. Taxi drivers provide a basic service. There is rarely any communication between taxi drivers and riders. In ridesharing, drivers engage in conversation with their riders. The juxtaposition of taxis and ridesharing services produce a night and day effect.

The truth is that taxi drivers dug their current hole. They treated their past riders like dirt. Taxi drivers rejected rides that would take them into slow areas, where no fares could take them back downtown. All in all, taxi drivers focus on making money. In the ridesharing spectrum, drivers aim to improve customer service and safety standards.

Overall, taxi drivers are making smart moves to compete with ride-based apps. Furthermore, the taxi industry realized the importance of customer service. We hear that taxi drivers are stepping up their game to remain competitive. They engage in conversation with riders, open doors, and some offer morning coffee and daily newspapers to enhance the taxi experience.