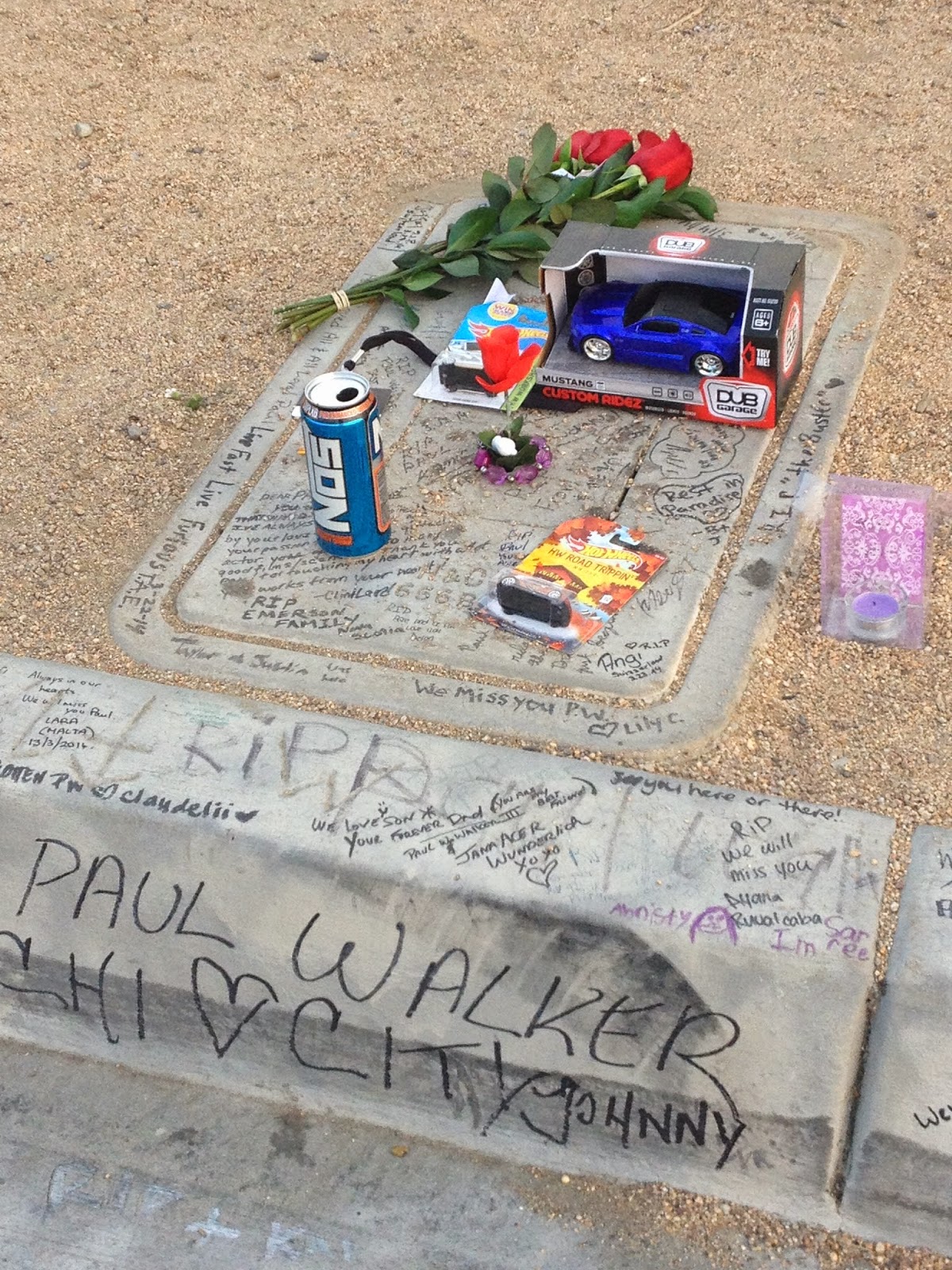 Fast and Furious star Paul Walker passed away on November 30, 2013 in Santa Clarita. The late actor delivered his best performances in Fast and Furious movies. It's a shock to think this actor is gone.

Paul William Walker IV was born on September 12, 1973 in Glendale, California. He died on November 30, 2013 in Santa Clarita, Ca after his friend Roger Rodas (driver) and Walker (passenger) lost control of a fast Porsche car and slammed into a tree. This crash ignited the car into flames, killing both Rodas and Walker in the process.

A few months ago, we found a video where Paul Walker shared his life before fame. He mentioned that his "40's are gonna be awesome." Sadly, Paul Walker missed his 40's, but his memory will live on in his movies, charities and through his daughter Meadow.

This memorial location is close the Wal-mart store right off Newhall Ranch road. If you input Paul Walker Memorial site in your Uber app, you can pinpoint this location.

Download Uber app at Uber.com/app and input promo code ts958u to receive $20 off your first ride. We recommend using UberX, unless you want to show up in a nice Uber Black at double the price.

There is a strong probability that many people will show up to this Paul Walker memorial site. Using UberX will allow people to avoid driving and parking issues associated with an influx of people paying tribute to this actor. Uber passengers can decide to take another Uber later. It would be nice to hold discussions on Paul Walker's best movies, movie quotes and his amazing aura.

Paul Walker was a really cool dude that deserved better. Fortunately, many people showed their love for Paul Walker and he probably smiled down on us to appreciate this outpouring. Paul Walker was a humble guy that enjoyed the beach. He loved his daughter Meadow more than life itself.

One of his favorite spots to visit was Santa Barbara, Ca. Make Paul Walker smile again on his 41st birthday. Give Paul that "40's are gonna be awesome" day.

Happy 41st Birthday Paul Walker! We miss you and hope that you can see how much people respected your contribution in films, charities, and in your presence. You were one of the Hollywood greats. We look forward to watching your last movie Fast and Furious 7 this upcoming April.