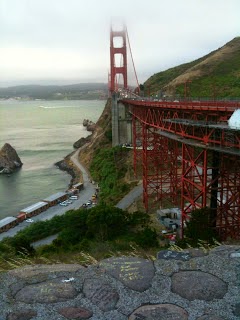 The following roads are closed in San Francisco: